List of the Top 10 Most Addictive Types of Illegal Drugs? 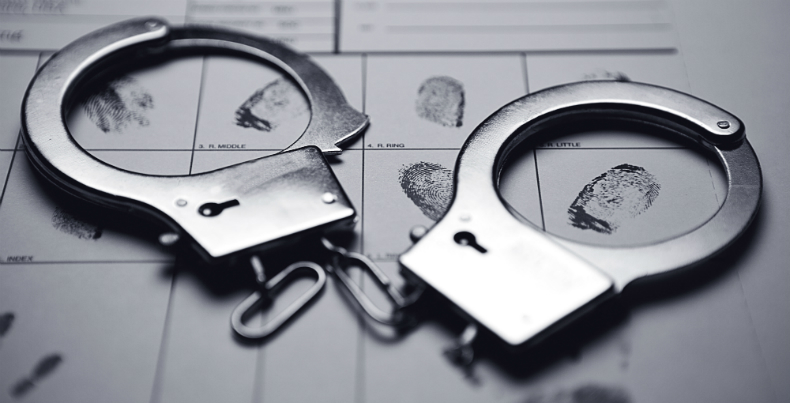 Drug addiction continues to plague the United States and beyond, and certain drugs have reached epidemic proportions in the U.S. The rise of heroin and other opioid usage is particularly worrisome, although the black market is hardly suffering a shortage on other addictive substances.

Not everyone who tries a drug once will develop an addiction, although they are playing with fire if they decide to experiment with one of the substances on the list below. A individual’s genetic makeup, social surroundings, family structure and even personal income play a role in his or her chances of developing a drug addiction.

Illegal Drugs That Carry The Highest Risk Of Addiction

The list of the top 10 most addictive illegal drugs contains some usual suspects, although you may see some surprises among the entries. Some are fairly common on the black market, while others are harder to obtain and aren’t seen in certain parts of the U.S.

On the list, you’ll also see a few classes of drugs that include legal varieties, or are generally available via prescription, but they’ve been included because of how common they are taken illegally (aka without a prescription).

The Top 10 Most Addictive Legal Drugs from Delphi Health Group on Vimeo.

Without further ado, here is the list of the 10 most addictive types of illegal drugs, in reverse order:

Although marijuana is the most benign types of drugs on this list, it certainly can cause changes in the brain to the point of addiction. Marijuana isn’t seen as being physically or chemically addictive, but many health experts agree that it can be psychologically addictive. Roughly 10 percent of people who use marijuana will become dependent on it, according to the National Institute on Drug Abuse.

As the most commonly used illicit substance, marijuana is now legal in some states in the U.S., and it’s available in many others via prescription. Marijuana addiction can lead to mild withdrawal symptoms, such as irritability, sleep difficulties, restlessness, physical discomfort and decreased appetite. Long-term use of marijuana has been found to decrease the volume of grey matter in the brain, while a longitudinal study in New Zealand found that teens who started and continued using the drug regularly lost an average of 8 IQ points by mid-adulthood.

Ecstasy is the most popular type of club drug. Ecstasy, or the “love drug” was commonly used in the 1980s and is still part of the club scene. Users feel happy, loving, alert and focused, yet very relaxed when under its influence. Some users can also do without sleep for between 24-72 hours at a time. Ecstasy, also known as “E” or “X,” is a very seductive type of addiction, and many users have difficulty admitting that they would have trouble quitting it once they start using.

Ecstasy’s active ingredient is MDMA, which is now popular in its pure form, known as “Molly.” Ecstasy and Molly and are commonly available as a capsule, tablet or powder. Ecstasy’s side effects include muscle cramps, blurred vision, increased heart rate, nausea, chills and hallucinations. Someone who has become addicted and experiences withdrawal symptoms may experience panic attacks, insomnia, psychosis, depression and paranoia.

MDMA-related deaths do happen occasionally, but they rarely follow an overdose on ecstasy. Instead, moderate uses of the drug cause some users to suffer a fatal heat stroke, and the substance can amplify existing heart conditions for some users to the point of death.

“Downers” like Xanax, Valium and Klonopin make users feel calm and relaxed by increasing the brain’s nerve-calming agent, called GABA. It’s hard to get off this drug once a tolerance starts to build up, which can take place very quickly. More than 15 types of benzodiazepines, aka “benzos,” are legal types of drugs available via prescriptions, although illegal kinds of the substance are traded on the black market as well.

Benzodiazepines are considered a minor tranquilizer, and they affect the user in the short term with side effects such as impaired cognition, lethargy, depression, altered vision, impaired motor function, tremors, nausea and abdominal pain. Long-term use of benzos can cause brain damage, and withdrawal symptoms include body aches, muscle stiffness, sleep disturbance, anxiety, seizures, irritability and memory problems. There were approximately 8,000 deaths because of benzodiazepine overdose in the U.S. in 2014, according to the National Institute on Drug Abuse.

Methadone is an opioid that is commonly prescribed to treat heroin or morphine addicts, as this pain reliever helps the user come down from those harder substances. Even though the risk of addiction is low when used as directed by a doctor in a clinical setting, many recreational users have been drawn to the substance and subsequently become addicted. Methadone generally comes in the form of tablets, powder and liquid. It shares some of the same effects as morphine, but is not quite as strong or addictive as that opiate.

Methadone can slow or stop a user’s breathing, especially when someone first starts using the drug. Other short-term effects of methadone include itchiness, severe sweating, constipation, nausea, sexual dysfunction and even death. Long-term use can lead to lung and respiration problems. U.S. government statistics show that, as of 2015, methadone is the fastest-growing cause of narcotic-related deaths, possibly since it’s far less expensive than other prescription painkillers.

Not to be confused with methamphetamine, amphetamines (or “uppers”) create a rapid tolerance and intense cravings in users. They make users feel confident, energetic and euphoric, and they may be attractive for their appetite-curbing traits. Amphetamines are usually taken orally, but can be snorted or injected. This substance is featured in some legal drugs such as Adderall and Dexedrine, although several street forms are also available.

Amphetamine’s side effects include anxiety, nervousness, dry mouth, decreased appetite, headaches and weight loss. Long-term use of amphetamine can lead to panic attacks, psychotic episodes, acne or skin conditions, and convulsions. In 2012, more than 116,000 people were admitted into a rehab program in the U.S. for addiction to some form of amphetamine addiction.

Cocaine, like many other drugs on this list, affects the amount of dopamine in a person’s brain and causes intense cravings for more of the substance. Snorting cocaine powder causes a rapid, intense high and builds up a tolerance quickly. Coming down from a cocaine high can cause depression, edginess and irregular sleeping and eating patterns.

Cocaine use also carries the risk of heart attack, stroke, seizure and respiratory failure. Long-term use can lead to psychosis and hallucinations. Every month, somewhere between 1 million and 2 million Americans typically use cocaine. Annual cocaine deaths in the U.S. have hovered around 5,000 since 2011, according to the National Institute on Drug Abuse.

Bath salts are a synthetic type of drug that create a feeling of euphoria and are taken by injecting, snorting or smoking the substance. The effects can last for several hours, but users often re-dose and may stay up for several days. One of the main substances in bath salts, MDPV, was found to be nearly as addictive as methamphetamine.

Bath salts are considered a cheap alternative to cocaine, ecstasy or methamphetamine. As a stimulant, bath salts reached a high in usage in the mid- to late-2000s, but the U.S. began cracking down on the substance in 2012. Bath salts often cause insomnia, agitation, hallucinations and even violent behavior upon first use. Long-term use can lead to kidney and liver damage, as well as a breakdown of skeletal muscle tissue.

Methamphetamine affects the dopamine and norepinephrine levels in the brain, making the user alert and hyperactive. Meth releases massive amounts of dopamine into the brain and suppresses norepinephrine production. Users develop a tolerance quickly and develop cravings for more of the substance.

Methamphetamine can be smoked, snorted or taken orally. It can also be dissolved in water or alcohol and then injected. Crystal meth is one of the most common forms of the drug, and is often considered a “club drug.” Meth usually suppresses the user’s appetite, and the high doesn’t wear off for 6 to 8 hours. Long-term meth use can cause memory loss, psychotic behavior, heart and brain damage, dangerous weight loss, tooth decay and gum recession.

Heroin users instantly get a “rush,” and after a time, cannot experience any good feelings without using it. Addicts get intense cravings while going through withdrawal. Heroin is a semi-synthetic substance that is extracted from the opium plant, making it a member of the opioid class of drugs. Heroin is generally taken via needle injection, although pure forms of the drug can be smoked or snorted.

Heroin’s addictive properties are right up there with the first item on this list, as more uses of the drug literally causes the brain to crave it. Many heroin users got their start by being prescribed a legal opioid painkiller and then craving a similar, likely stronger effect once the prescription ran out. Opioids such as heroin are responsible for nearly 20 percent of all admissions for drug and alcohol treatment in the U.S. In 2013, more than 8,000 Americans died from a heroin-related overdose. And in 2014, there were more than 10,000 such deaths.

Crack, also known as crack rocks, is the purest form of cocaine available and is smoked through a glass pipe. It causes the user’s brain to release large amounts of dopamine, which results in intense feelings of pleasure and a burst of energy for about 10 minutes. Some users become addicted to crack the first time they try it.

Crack cocaine and powder cocaine have similar chemical compositions and effects, but crack causes a stronger, faster high, albeit one that lasts for a shorter amount of time. Crack abuse became a national crisis in the 1980s and early ‘90s, although crack users make up just a small percentage of overall cocaine users today. U.S. federal law is harsher for crack than it is for cocaine, particularly for those who are found distributing the substance.

If you or someone close to you is struggling with addiction to either a legal or illegal drug, get in touch with the helpful admissions counselors at Serenity to learn about our custom treatment programs.

As an emergent drug rehab network, Serenity currently boasts 6 top-notch facilities in the Northeast — in New Jersey, Pennsylvania and Massachusetts, specifically. Many of the drugs listed above necessitate detox treatment at the start of a formal rehab program, which we provide on an inpatient basis at our facilities in Union, NJ and Haverhill, MA. From there, we offer a plethora of inpatient and outpatient options to round out the personalized recovery program.

Call us today to begin customizing a rehab program for yourself or a loved one, or click below to learn about which types of drug addictions we treat.

See Which Types Of Drugs We Treat