Is There a Connection Between Substance Abuse and Panic Attacks? 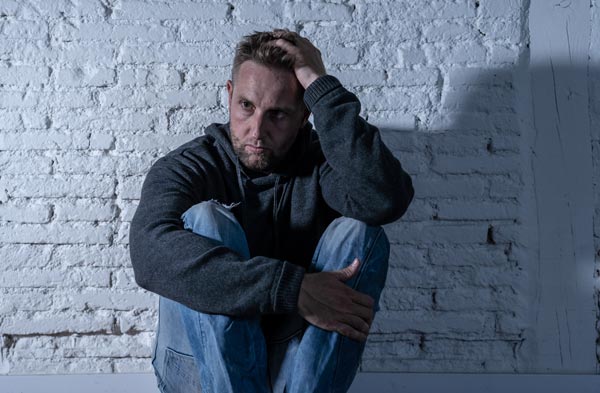 Some substances can cause a person to be more likely to suffer the adverse symptoms of an anxiety disorder, one of the worst is panic attacks. The good news is that substance use disorders and addiction are completely treatable, and panic attacks that result from them often go away on their own when the individual gets into recovery and stops using the substance.

WHAT ARE ANXIETY AND PANIC ATTACKS?

Anxiety is a feeling of fear, which is completely normal in some situations – the first day of a new job, giving a speech in front of a large audience, or hearing a loud noise in the middle of the night. But a person who suffers from an anxiety disorder may have the sudden feeling of fear in situations that don’t warrant it or even for extended amounts of time. Panic attacks are episodes in which the sudden feeling of fear becomes debilitating and lasts for ten minutes or more. Panic attacks can be terrifying events for the person who is suffering from them as they commonly have a number of the following symptoms:

SUBSTANCES THAT MAY CAUSE ANXIETY AND PANIC ATTACKS

Not every substance has the propensity to cause anxiety or panic attacks in the user. However, there are a number of substances where it does happen. Even substances like caffeine, nicotine, and sugar, when consumed in more than moderate amounts, may cause a person to feel some of the symptoms of anxiety. Generally speaking, if one of the effects that the substance being used has on the body is increasing the heart rate, then it’s possible that the user could suffer anxious feelings or a panic attack when they are using the drug.

Let’s take a look at how abusing specific substances can lead to anxiety or panic attacks.

While abusing alcohol can cause a person to do things that they normally wouldn’t do (like having severe mood swings, outbursts of anger or sadness, or rages), it is typically the withdrawal from alcohol that causes anxiety and panic attacks in some users. Additionally, some people who already suffer from anxiety attempt to use alcohol to manage it, making the symptoms much worse when they stop drinking.

Cocaine and methamphetamines are both stimulants that can be snorted, smoked, or injected. They tend to give users a false sense of power and energy which can quickly lead to negative behaviors like being paranoid, violent, or promiscuous. These types of stimulants are especially dangerous for the heart, as they increase heart rates quickly and drastically. Anytime the heart speeds up in that manner, the user can feel the symptoms of anxiety or go into a full-blown panic attack.

Marijuana can be smoked, consumed, or “dabbed” – which is a sort of vaporizing of cannabis extracts that have the highest levels of tetrahydrocannabinol (THC) of all the forms of marijuana. Abuse of marijuana can cause mood swings, lack of motivation, anxiety, and panic attacks. In fact, it has been shown that lifetime marijuana users are significantly associated with lifetime panic disorder sufferers. Even those who have only used marijuana regularly for a short period of time (less than a year), have a much higher risk of being diagnosed with an anxiety or panic disorder than those who do not use marijuana.

Opioids include prescription painkillers as well as the illicit street drug heroin. They are used in a variety of ways including ingesting pills, snorting, smoking, injecting, or dermal patches depending on which opiate is being used. Opioids are characterized by short periods of pleasurable and euphoric feelings. However, abusing these drugs can lead to feelings of severe depression, anxiety, and insomnia. Additionally, the withdrawal from opioids is often extremely uncomfortable for a day or more, with some symptoms (like anxiety and panic attacks) lingering for weeks.

If you or a loved one is suffering from anxiety or panic attacks that are related to substance abuse, the symptoms will likely go away if you stop using the substance. However, if you are dependent upon or addicted to the substance, you probably won’t be able to stop using it on your own. Seeking help for a substance abuse problem is often a difficult decision to make, but it may be one of the best you can make for yourself and your family.

If you need help for a substance abuse problem, you may choose to attend a medically-supervised detoxification which will help you to stop using drugs or alcohol more comfortably and without the severe withdrawal symptoms, you may suffer if you try to detox at home. There are medications and therapies that can help you make it through the withdrawal period without (or to a lesser degree) anxiety and panic attacks. Detox followed up by outpatient or inpatient addiction treatment, like that offered at Serenity at Summit, will get you on the road to recovery from both drug or alcohol addiction and panic attacks.