Marijuana has been used medicinally and recreationally for more than a thousand years, but its expansion in the United States came about in the 1960s when recreational use of the substance became more mainstream. In the 1970s, marijuana was decriminalized in at least 11 states.

Today, marijuana is the most commonly used illicit drug in America, with 24 million Americans reported as current, regular users as of 2016, which is about three times higher than the global average. And, as recreational use becomes legal in more states, marijuana may not be illicit for much longer.

There are some positive aspects to the growing acceptance of marijuana, including better accessibility for those who can benefit from its medical uses, including people who have Crohn’s disease, multiple sclerosis, and the debilitating effects of chemotherapy.

That being said, it also, unfortunately, contributes to the false perception that marijuana is a safe drug and that, unlike opioids or amphetamines, it can be used and abused without any negative consequences. This is not the case, though. Marijuana may not have the same physical dangers associated with other drugs, but it can still impair judgment in a way that leads to risky and dangerous behavior, cause long-term health problems, and pose the risk of addiction.

And while marijuana addiction may sound unlikely or improbable, it is more than possible. People who have sought out substance abuse treatment for the drug typically report having unsuccessfully attempted to quit using more than half a dozen times. 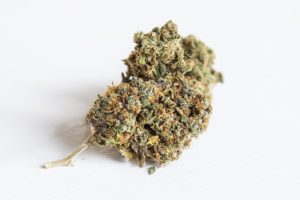 Marijuana, frequently referred to as pot or weed, is a psychoactive drug derived from the Cannabis plant. The active ingredient in it that gives it sedative and euphoric effects is known as tetrahydrocannabinol (THC).

Marijuana can be smoked or eaten when combined with food, but vaping is quickly becoming popular among younger users. The short-term effects usually will appear within 10 minutes or less of the substance being smoked and about an hour after being eaten.

No matter the method of delivery, marijuana produces its effects when THC enters the brain and binds with what are known as cannabinoid receptors. The body naturally produces cannabinoids, which send chemical impulses throughout the brain and nervous system that help regulate things like mood, memory, appetite, and pain sensation, all of which are affected during a high.

What happens is that THC mimics the chemical structure of these brain chemicals and binds with the cannabinoid receptors to activate them and then stimulate them into overproduction. This floods key parts of the brain with cannabinoids, which causes the overstimulation of at least half a dozen different mental processes, including:

Can You Get Addicted To Marijuana?

Marijuana addiction is different from that of substances, such as cocaine or heroin, in that people usually do not become physically dependent. They can, however, become psychologically dependent on the drug, and may increase the amounts they use over time as they abuse it to cope with stress or anxiety. They also may abuse it just to get through daily tasks that previously did not require marijuana use.

What Are the Signs of Marijuana Addiction?

Being able to recognize the signs of marijuana abuse before it progresses to dependence and addiction can help get someone into treatment sooner and improve their chances of a smooth and successful recovery.

Addiction is characterized by a loss of control over how much and how often someone uses a substance, as the person will have become physically and psychologically dependent on it. When someone is not yet at the stage and is still just engaging in misuse and abuse, the signs of this can be somewhat harder to spot if you’re not looking for them.

While there are many noticeable signs that someone is abusing marijuana, changes in public perception of use can often make it harder for people to recognize abuse for what it is, even if you are the one who is abusing it.

Being able to spot and understand the signs of marijuana abuse before it becomes an addiction is especially important in teens and young adults, who are much more vulnerable to the negative neurological effects of chronic marijuana abuse.

Some Signs of Marijuana Abuse Include:

When someone begins to find themselves increasingly dependent on marijuana to function normally, obtaining and using it will edge out nearly every other priority in their life. As using becomes the driving force behind the majority of their decisions, this will manifest as abnormal behaviors that are consistent not only with marijuana addiction but also substance use disorders in general.

Some of the Signs of Marijuana Addiction Include:

If you have experienced these signs of marijuana addiction in your behavior or otherwise observed them in a loved one, it is important that you treat it with the same attention as you would any other substance addiction and look for professional addiction treatment as soon as possible to prevent any further physical or psychological damage.

What Is Involved in Marijuana Addiction Treatment?

People who are unaware of the reality of marijuana addiction may be under the impression that it is not something worth seeking treatment for. However, as with any substance use disorder, unless it is properly treated, it will not go away and will most likely continue to get worse.

If it is necessary, someone checking into a marijuana addiction treatment program may start with medical detox to remove the drug and any associated toxins from their system. While the U.S. Food and Drug Administration has not approved any medications for the treatment of marijuana addiction, some common withdrawal symptoms, including insomnia and anxiety, are often treated with drugs such as Ambien and mild anti-anxiety medication.

To successfully recover from the addiction and maintain sobriety for a significant length of time, either inpatient or outpatient treatment is necessary, along with a combination of different therapies and treatments meant to help address the underlying issues behind someone’s addiction so that they can learn how to manage it more effectively.

These therapies will be utilized based on how useful they are to a given individual. Behavioral therapy, in particular, has seen a good deal of success in helping those in marijuana addiction treatment.

How Dangerous Is Marijuana? 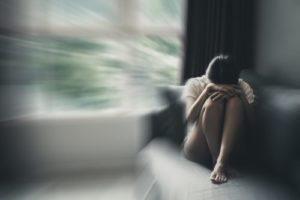 Views on marijuana have changed drastically in the past two decades, with changing laws and general usage becoming much more common. However, just because people are using it more does not mean that its misuse and abuse do not have consequences.

Unfortunately, that’s the impression many people are under. In fact, according to a Monitoring the Future Study from 2017, funded by the National Institute on Drug Abuse (NIDA), high school-age teenagers’ perception of the risk of marijuana use is the lowest it’s been in more than four decades.

While it’s true that a fatal marijuana overdose has never been reported, and that the odds of overdosing at all are incredibly low at best, chronic abuse can still pose a significant danger. Health problems someone can expect to experience include:

Depending on the age of the person abusing the drug, they may also experience serious brain development problems, including difficulty learning and retaining new information, as well as impaired cognition and an inability to effectively process complex thought. Similarly, pregnant women who regularly abuse the drug are likely to give birth to dangerously underweight babies with a significant risk of developing neurological and behavioral problems.

While marijuana is not classified as a psychedelic substance, it can trigger latent mental health disorders like schizophrenia in much the same way as LSD, even if someone has not yet begun exhibiting symptoms. If someone who is already dealing with schizophrenia uses marijuana, they are likely to experience a worsening of symptoms, and potentially even psychosis.

About Megan Hesse: Megan is a writer for California Highlands and has dedicated her career to creating well-researched content so that those that are in search of treatment can find the help they need.