Brevital is the brand name for methohexital, a prescription barbiturate that depresses the central nervous system. At one time, the primary medication was used to treat anxiety and sleep disorders as well as epilepsy.

Unfortunately, Brevital and barbiturates, in general, were found to be extremely addictive and had many dangerous side effects, and have been almost entirely replaced by benzodiazepines.

Today, Brevital is one of a handful of barbiturates still in use and is almost always restricted to hospital-use only. Even so, people will still find ways to obtain Brevital outside of a clinical setting, and they are at significant risk of fatally overdosing before even having the chance to become addicted.

Barbiturates are chemically separate from benzos, but they are still depressants and, therefore, work in basically the same way, and Brevital is no exception. It works by creating an excess of a brain chemical known as gamma-Aminobutyric acid (GABA) that helps to regulate anxiety and stress by slowing down activity in the central nervous system.

Brevital will mimic GABA to enter the brain and bind with what’s known as GABA receptors, activating these receptors to stimulate them into overproducing GABA to create powerful feelings of sedation to the point of inducing sleep.

What Are the Signs of Brevital Addiction?

Without the benefit of hindsight, spotting the signs of substance abuse and addiction is often harder than someone might think. This is especially true of Brevital, in part, because of how rarely barbiturates are prescribed.

While the reason they’re not commonly used is that they’re so dangerous, it also means that when someone thinks of prescription medication abuse, opioids like Vicodin, stimulants like Adderall, and benzos like Klonopin are more likely to come mind before barbiturates like Brevital.

So because of this, Brevital abuse and even the early stages of addiction might escape notice until things have escalated to the point where it can no longer be missed. That being said, there are some noticeable side effects common to regular Brevital abuse that point toward a growing substance abuse problem, including:

The transition from abuse to full-blown Brevital addiction is marked by compulsive and obsessive use that has moved beyond someone’s control. Brevital will push out all other priorities and become the main focus of someone’s life, even as they begin to face the serious consequences of this behavior, including health, financial, and legal problems, among other things.

The Signs of Brevital Addiction Include:

If you have seen these symptoms in the behavior of a family member or friend or are currently experiencing them yourself, do not wait to get help from professional addiction treatment services. The longer you go without treatment, the greater the chance of an overdose.

What Is Involved In Brevital Addiction Treatment?

Medical detoxification is frequently the starting point for treating a substance use disorder and is done by flushing out any drugs and alcohol in someone’s system to achieve stabilization, treat acute intoxication, and stop any further damage that the presence of these substances may be causing.

During detox, someone can expect to experience uncomfortable, sometimes painful withdrawal symptoms. Similar to benzodiazepines, barbiturate withdrawal has some of the more dangerous, unpleasant, and potentially lethal withdrawal symptoms. This is why the first step of Brevital addiction treatment should be not only detoxing but doing so in the care of an experienced medical detox team. 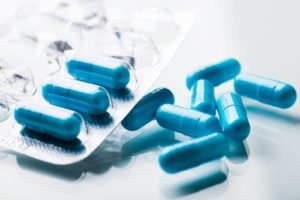 Some common symptoms that can occur during Brevital detox treatment include seizures, hallucinations, delirium, and suicidal thoughts and behavior, which can be a deadly combination without the close supervision and expertise of a detox professional.

Once someone has finished detoxing and their withdrawal symptoms have passed, Brevital addiction treatment should continue in the form of an addiction recovery program. Depending on factors like addiction severity, relapse potential, and physical and mental health, they may benefit more from either living onsite at a facility in an inpatient program or commuting to treatment sessions as part of an outpatient program.

During treatment, clients generally work with their therapist to devise a treatment plan that has been customized with the treatments and therapies that will be most useful in helping them understand their Brevital addiction and work toward being able to manage it more effectively and avoid relapse. Some common treatment elements include behavioral therapy, dual diagnosis treatment, holistic therapy, medication-assisted treatment, and relapse prevention planning.

The dangers of Brevital are fairly apparent in the fact that it is rarely ever prescribed, as even taking it as directed can lead to potentially serious health problems. It has negative interactions with other medications and can result in lethal side effects such as:

It is also extremely easy to fatally overdose on just on its own, let alone when used in combination with other depressants, such as benzos, opioids or alcohol, which greatly increase the risk of a rapid overdose. The symptoms of a Brevital overdose include:

If someone is exhibiting the symptoms of a Brevital overdose, it is critical they receive emergency medical attention as soon as possible, as they may also experience lethal complications commonly associated with Brevital overdoses, such as:

Even if someone manages to survive a Brevital overdose, it is likely they will be left with severe, permanent health problems.

About Megan Hesse: Megan is a writer for California Highlands and has dedicated her career to creating well-researched content so that those that are in search of treatment can find the help they need.