Drowsiness, a lack of focus, and a lack of energy are common issues that Americans use stimulants to remedy every day. In fact, if you drank a cup of coffee today, you’ve used a psychoactive stimulant in the form of caffeine, albeit a mild one.

There are a wide variety of stimulants that see regular use, both for medicinal needs and recreational purposes. Medicinal stimulants such as Adderall, Ritalin, and Vyvanse are used to treat attention problems like attention-deficit/hyperactivity disorder (ADHD). Common illicit stimulants include cocaine, methamphetamines, and MDMA.

Stimulants exist in a wide range of potency from your morning cup of coffee to meth. However, they all share some commonalities, especially the way they work in the brain. Still, the type of stimulant you use will cause very different effects and adverse reactions. The United States is in the middle of an opioid crisis, but as it rages on, illicit stimulants are a problem, too. Most carry the risk of chemical dependence and addiction, some more than others.

Besides addiction, stimulants can cause dangerous adverse effects including paranoia, hostility, psychosis, irregular heartbeats, and seizures. If you or someone you know has been using stimulants, it’s important to understand the risks and how you can deal with them. Learn more about stimulant addiction and how it can be treated.

Why Are Stimulants Addictive?

Stimulants are a class of psychoactive drugs that cause increased alertness, wakefulness, attention, and energy. It also can elevate your blood pressure and heart rate. Stimulants+ cover a wide range of drugs with different chemical structures and strengths. But they all alter the brain’s communication center and specifically affect a neurotransmitter called dopamine.

Dopamine is a naturally occurring compound in the body that is closely tied to reward and motivation. When you experience exciting and positive things, dopamine is released to trigger a reward response, which motivates you to seek those positive events and actions again.

Once your nervous system releases dopamine, it binds to dopamine receptors until the excess is reabsorbed through a process called reuptake. This removes dopamine from the synapse (the space between nerve cells) so that an excessive amount doesn’t bind to their receptors.

Stimulants work in the brain by blocking this process and allowing more dopamine to float around the synapse, binding to receptors. The result is an increased focus, more energy, and a boost in power. Some stimulants, like methamphetamines, both block dopamine reuptake and cause the body to release more dopamine. This double-edged sword creates an intense euphoric high, but it can also cause obsessive thoughts, anxiety, panic, and paranoia.

Medicinal stimulants work in a controlled manner over a longer period. For instance, Adderall has mild effects. Its effects start between 15 minutes to 30 minutes, and it lasts for about four hours before losing effectiveness. Illicit stimulants tend to have much more intense effects that last for brief periods. Cocaine will start to take effect in under a minute and lasts for about 90 minutes before losing effectiveness.

Below is a list of the most commonly abused stimulant drugs. These substances all possess a high potential for abuse and are highly addictive. Learn more about each of these substances and how they can cause the user to develop a stimulant addiction.

This is probably the most commonly used stimulant and one of the only widely accepted legal recreational stimulant drug. You may think, “coffee isn’t a drug.” But then all you have to do is think about all of your coworkers who “need” coffee to wake up in the morning.

Medications like Adderall, Vyvanse, and Ritalin are used to increase focus and alertness in people who have ADHD and other disorders. These drugs are sometimes abused but not usually for recreation. College students often use them to improve focus during long study sessions and difficult tests. These drugs have a low risk of physical dependence, but they can often lead to psychological dependence when abused.

Cocaine is a popular illicit drug that became an epidemic in the 1980s and 1990s. The drug brings on a powerful euphoric high that makes users feel empowered and alert. It’s extremely addictive and expensive, earning it the nickname, “the rich man’s drug.” Crack-cocaine is a free-base form of the drug that can be smoked. Crack offers an intense but brief high, causing users to smoke more in quick successions, a practice known as a crack binge. Binging can lead to days of sleep deprivations and a significant risk for developing psychosis.

Meth is an illicit drug that can come in a pill, powder, or crystalline substance. Meth offers an intense high with a relatively short duration. Highs can cause powerful euphoria, but they often come with several adverse psychological symptoms such as paranoia and panic. Long-term meth use can actually damage your dopamine receptors, leading to anhedonia which is the inability to feel pleasure normally. It can also cause insomnia, aggression, delusions, and skin lesions.

The signs of stimulant addiction may vary depending on the specific drug you’ve been taking. For instance, ADHD medication has a low physical dependence liability, so signs and symptoms will most likely be behavioral. Psychological addiction is usually marked by the feeling that you need the drug to function normally. In recreational drugs, this usually will be a shift from social and recreational use to frequent use just to avoid symptoms and satisfy cravings. More intense illicit stimulants can cause physical signs that you or family members might notice including weight loss, poor dental health, and sores on the skin.

To someone who has been using a stimulant, the first signs of an impending substance use disorder is a growing tolerance. If the effects of the drug seem to be weakened over time, it may mean your brain is getting used to the substance. After a while, you may start to become chemically dependent on certain stimulants. This will be marked by intense cravings and the onset of withdrawal symptoms when you stop using, cut back, or miss a dose.

There also are some common behavioral signs and symptoms of addiction that you may notice in a friend and family member you’re worried about.

It’s possible to hide drug use at first, but addiction will slowly start to take over more and more parts of your life until it’s difficult to keep it hidden. If you notice the signs of stimulant addiction, you should seek treatment or speak to a professional as soon as possible.

Stimulant addiction is a complex disease, and it can take time and effort to address it effectively. However, with the right treatment and the right professionals helping you, it can be treated. Addiction can be effectively treated with personalized treatment, the use of evidence-based treatment methods, and the proper length of time in a treatment program.

Stimulant withdrawal usually isn’t dangerous, but it can be extremely unpleasant. In some cases, as in meth and cocaine addiction, withdrawal can lead to intense depression and even suicidal thoughts or actions. The safest way to start treatment is to go through a medical detox or an inpatient program. Detox services involve 24 hours of medically managed treatment that you go through while your body rids itself of chemical dependence. 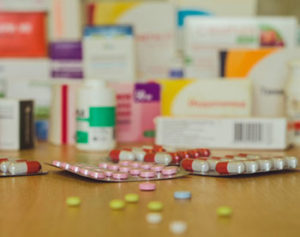 This plan may include individual therapy, family therapy, group therapy, or a variety of other options. The goal of treatment will be to address your substance use disorder and any other medical, psychological, financial, or legal issues you might have that are holding you back from living a productive life. Before completing treatment, you will create a relapse prevention plan to help you when you return to your everyday life after therapy.

Start Your Journey to Recovery Today

If you or a loved one is struggling with a substance abuse disorder involving stimulants, there is help available for both information and treatment. It’s important to understand what you are up against and what treatment options are available to you.